This outpost can be found in Grove of Umbra. 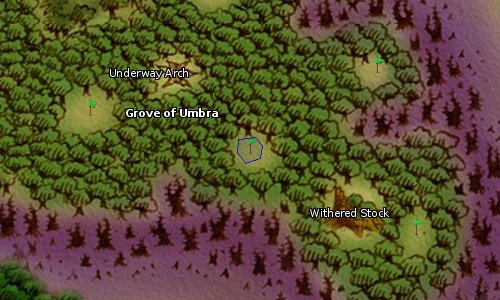 A workshop which developed under the influence of a Zoraï craftsman named Gu-Qin, who had decided to brave the threat of the Goo. Unfortunately he was contaminated by the purple plague. Despite his apprentices' care he lapsed into madness. He disappeared one winter's night; until the outpost was abandoned a few years later, the craftsmen of the workshop swore that they would sometimes hear his demented laughter brought to them through the jungle on the breeze.

In Vino Veritas took the outpost from Les Senseis Atysiens 02/07/2022.