This outpost can be found in Upper Bog. 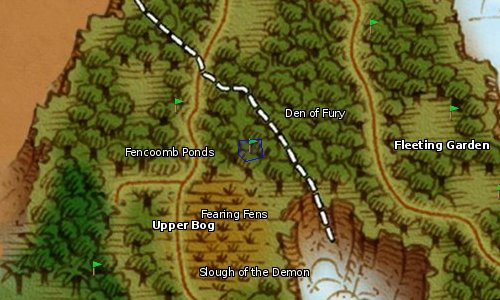 Established near the Fearing Fen, the activity of this outpost is centred on harvesting resources and cleaning the marshes invaded by the Goo. Clashes occurred with the Ecowarriors tribe when they discovered that the contaminated materials weren't destroyed but instead were sent to Yrkanis or to the south-east to undergo various experiments. This led them to accuse the Matis of spreading the Goo. The royal scientists categorically denied these allegations, assuring them that every precaution was taken to avoid contamination.